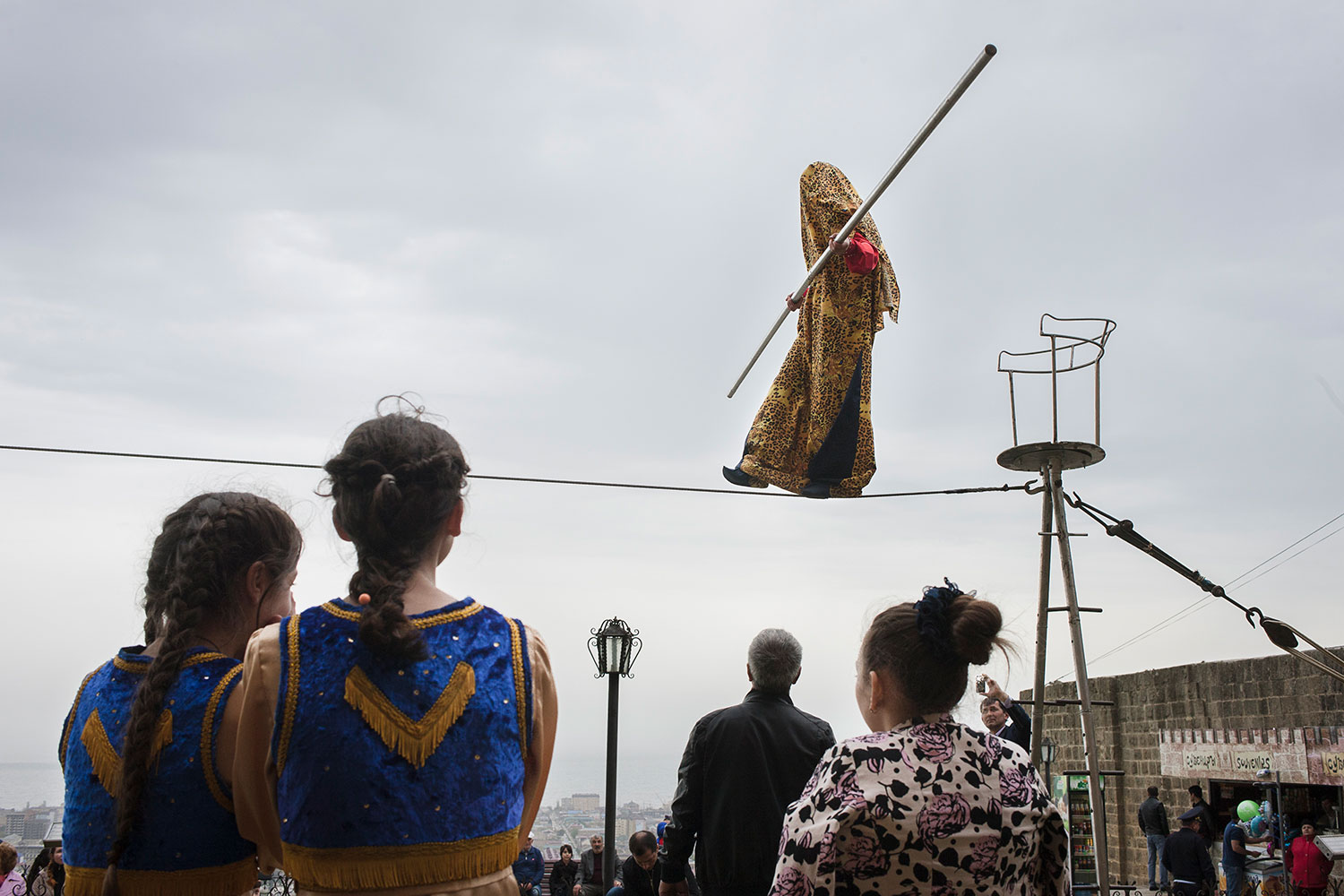 In the south of Russia, in the republic of Dagestan, tightrope walking was a common practice. It is said that this now circus-like art was born here as a means to make one’s way over craggy landscapes.

It is difficult to find documents attesting to the origin of this art. However, it appeared in the 19th century as a way for warlords to gain an advantage over the Russian occupiers unused to this Caucasian terrain.

Then, little by little, tightrope walking became a way to earn a living in remote places where nothing grows. Troops performed their shows from village to village. It was very profitable, and so the discipline became attractive. Given the competition, the artists became masters—Soviet circuses came to recruit their tightrope walkers in Dagestan. There were villages like Tsovkra-1, where one says that all inhabitants could once stand on the tightrope. But today those villages are falling to ruins. There mostly remains nostalgia among elders, and a desire to move away among youngsters.

But in the face of this impoverishment, a few still resist—they practice as best they can. Others strive to pass on the skill, opening schools where everyone can learn.

This story was made possible thanks to Mallory Benedict at National Geographic and Ilyas Hajji and Lukman Nazhmudinov in the field.