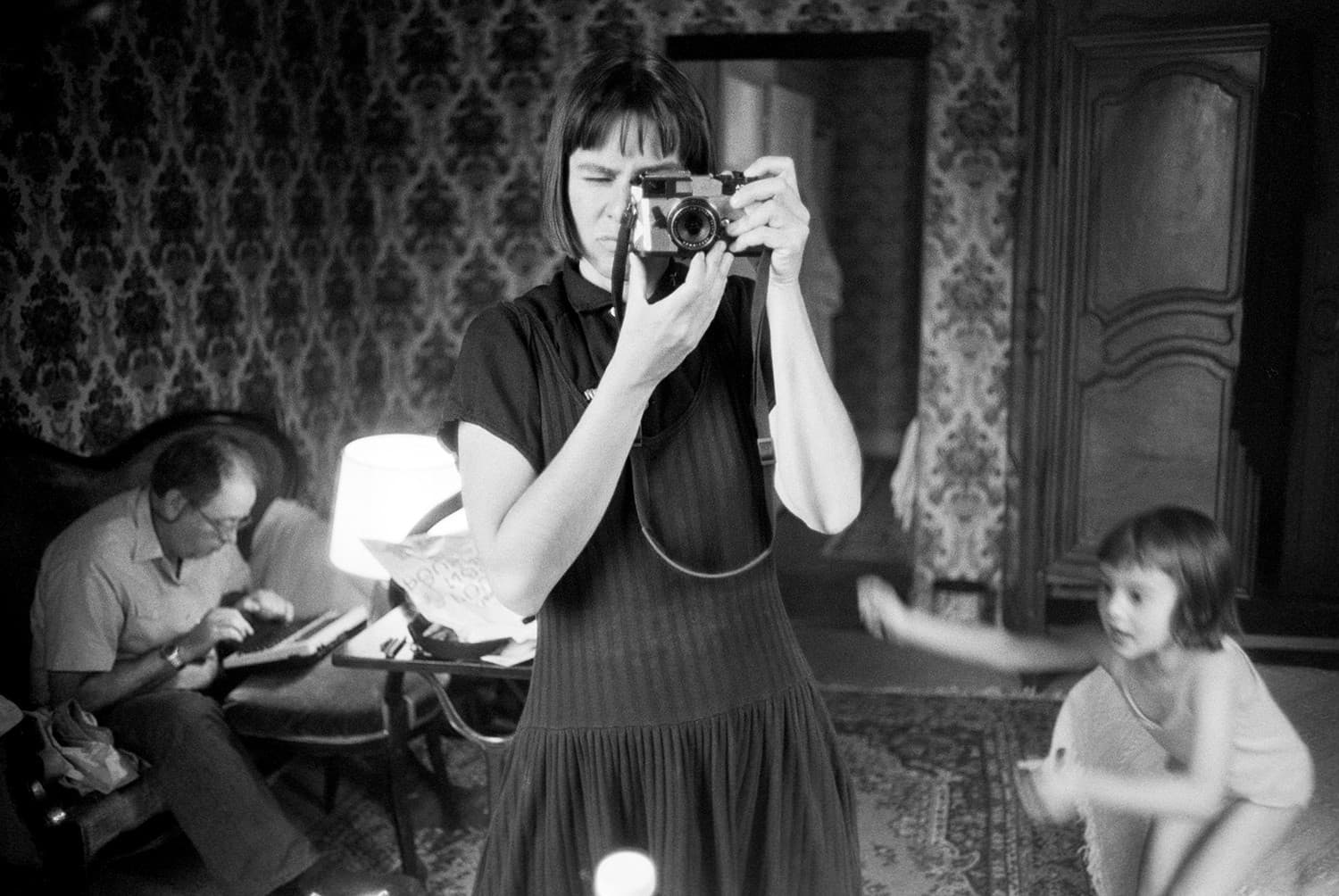 Who better to see into the life of a child?

A Mother’s Eye features photographs of children made by their mothers. These harvested moments become family memories, the narrative of growing up.

The constant togetherness of family life gives parents the chance to see their children 24/7 with no filters. Toddlers explore their identities in play, youngsters find a haven in nature, and siblings bond. These recent months of enforced cohabitation during the pandemic have heightened emotions even further, bringing out both a visceral protectiveness and the sense of being pushed to the limits. We remember with longing, a time when it was safe to gather in community.

Looking back through the years with Elinor Carucci, Siân Davey, Adama Delphine Fawundu, Donna Ferrato, Marvi Lacar, Stephanie Sinclair, Florencia Trincheri, and Annie Hsiao-Ching Wang, we relive the many stages of a child becoming a teenager, and we realize that the mothers too, are transformed.

Born in Jerusalem, Elinor Carucci moved to New York twenty five years ago. Her work has been presented in solo exhibitions at Edwynn Houk gallery, Fifty One Fine Art Gallery, FoMU, and Gagosian Gallery, and in group shows at MoMA, MoCP, and The Photographers’ Gallery, London. The New York Times Magazine, The New Yorker, New York Magazine, W, Aperture, and ARTnews have published her images. She has been awarded the ICP Infinity Award, a Guggenheim Fellowship, and a NYFA fellowship. Carucci has published four monographs: Closer, Diary of a Dancer, MOTHER, and Midlife. She teaches at the School of Visual Arts, and is represented by Edwynn Houk Gallery.

Adama Delphine Fawundu is a visual artist, author, and educator based in Brooklyn. She is the co-founder of MFON: Women Photographers of the African Diaspora. Her images have been exhibited at the Brooklyn Museum of Art, Pulse Art Fair, Lagos Photo Festival, Brighton Photo Biennial, Norton Museum of Art, and the Museum of Contemporary Photography (Chicago), and they are also included in many anthologies. Fawundu won the Rema Hort Mann Emerging Artist Award, she is among OkayAfrica’s 100 Women making an impact on Africa and its Diaspora, and she is also one of the UK Royal Photographic Society’s Hundred Heroines.

Donna Ferrato is known for documenting the hidden world of domestic violence, as in her book Living With the Enemy. She launched the I Am Unbeatable campaign, and is founder of the Domestic Abuse Awareness Project. Her photographs have appeared in countless publications, and in nearly five hundred solo exhibitions worldwide. Ferrato has been a recipient of the W. Eugene Smith Grant, the Robert F. Kennedy Award, the IWMF Courage in Journalism Award, the Missouri Medal of Honor, Artist of the Year at the Tribeca Film Festival, and the LOOK3 Insightful Artist of the Year. Her next book, Holy, spotlights women’s rights.

A native of the Philippines, Marvi Lacar arrived in New York in 2003. As a photojournalist she covered stories for TIME, New York Magazine, Stern, Paris Match, The Washington Post, and The New York Times, and was represented by Reportage by Getty Images. She is also a filmmaker, and one-half of the production company Lowy+Lacar. Lacar has received awards from Photo Levallois, Communication Arts, American Photography, Photo District News, Santa Fe Center Project Competition, Telly Awards, and National Geographic. Lacar’s visual diary, This Is A Love Story, explores generational trauma. She created 1in20, an initiative that de-stigmatizes mental illness through storytelling.

Stephanie Sinclair is best known for her seventeen year series, Too Young to Wed, an ongoing coverage of child marriage. She has also documented conflict in Afghanistan, Lebanon, Iraq, and Yemen. Among her awards are the Olivier Rebbot Award, four World Press Photo awards, a Pulitzer Prize, the Lucie Humanitarian Award, the ICP Infinity Award, three Visa D’Or Feature awards from Visa Pour L’Image, and the Alexia Foundation Professional Grant. Her photographs are featured in National Geographic and The New York Times Magazine, and have been exhibited at the United Nations and in the Whitney Biennial. Sinclair founded the nonprofit Too Young To Wed, whose mission is to empower girls and end child marriage globally.

Born and based in Buenos Aires, Argentina, Florencia Trincheri is a photographer and director working with magazines, newspapers, and documentary films, as well as in fashion and advertising. She is a founder of the Argentinian photographic collective M.A.F.I.A. (Movimiento Argentino de Fotógrafxs Independientes Autoconvocadxs), and a member of Women Photograph and Foto Féminas. Trincheri’s work has been part of collective and individual exhibitions worldwide. Carácter, her last solo exhibition, was part of the XIX Festival de la Luz and shown at the Casa Florida Gallery (Argentina).

Annie Hsiao-Ching Wang 汪曉青, born in Taipei, Taiwan, is director of Ching Tien Art Space and assistant professor at National Dong Hwa University. China’s Portrait Magazine cited her as one of the 25 most influential persons of 2018. Wang has exhibited at the Manchester Photography Festival, Novosibirsk International Festival of Contemporary Photography, Taiwan Biennial, Ulsan International Festival, Biennial Photography of Geneva, and Festival Images Vevey in Switzerland. The Mother as a Creator went viral— over 10 million views on Portrait Magazine—and the project was featured in The New Yorker and in publications worldwide.