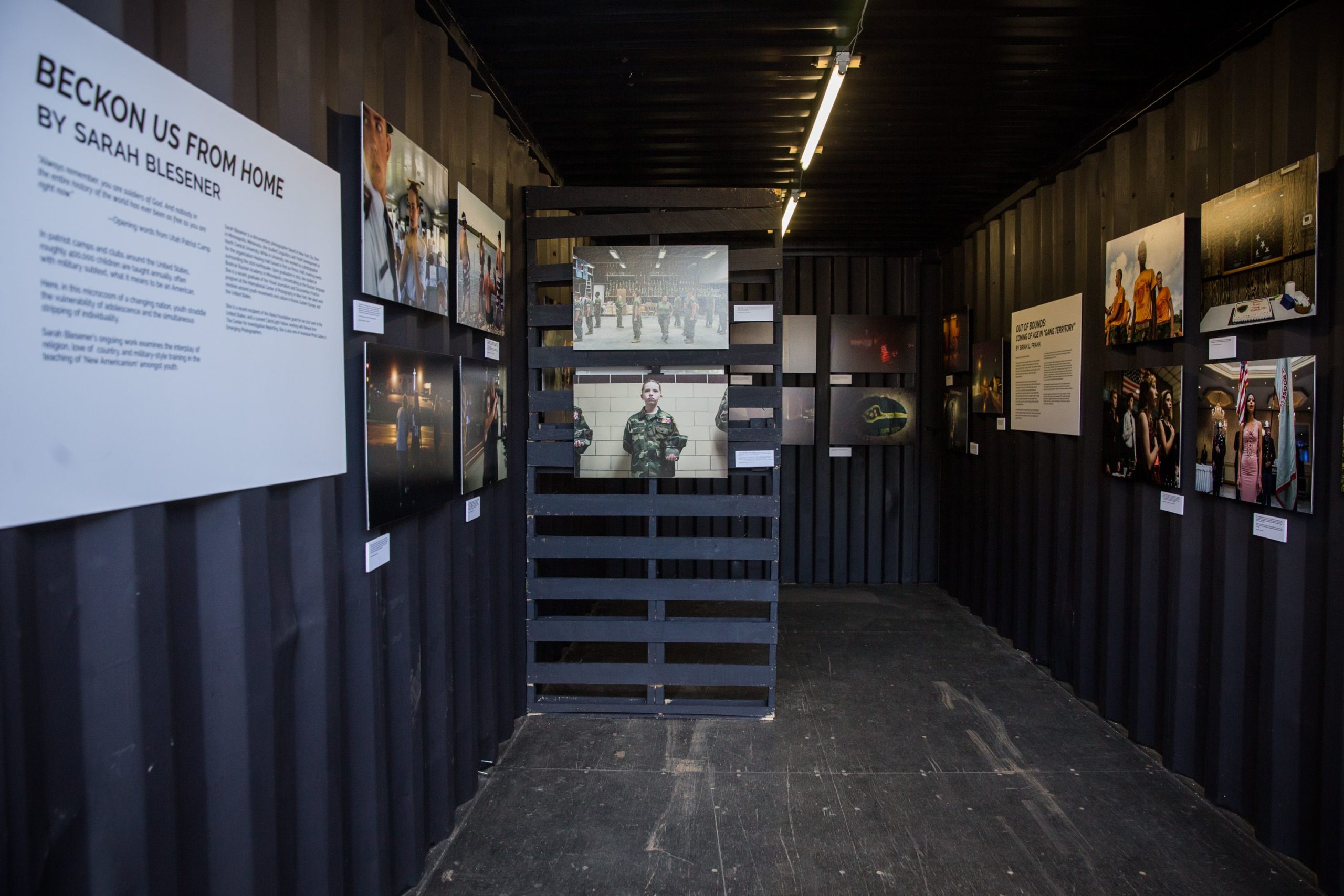 CatchLight’s inaugural “Focal Points” exhibition features work from the 2017 CatchLight fellows, Tomas Van Houtryve, Sarah Blesener, and Brian L. Frank who were each paired with a media partner — the Pulitzer Center for Crisis Reporting, The Center for Investigative Reporting, and the Marshall Project, respectively.

Sarah Blesener’s project, “Beckon Us From Home,” captures the emotion and vulnerability of youth in today’s political climate. “Beckon Us From Home” examines the interplay of religion, love of country, and military-style training in the teaching of “New Americanism” among youth.

Brian L. Frank’s latest work, “Out of Bounds,” looks at targeted policing and criminalization of youth in minority communities and asks what kind of a society we have built where a prison camp becomes a boy’s only experience of summer camp.

Tomas Van Houtryve’s project, “Lines and Lineage” imagines what the history of the Mexican-American border might have looked like at the time of the area’s Mexican administration. It questions the role that photographs—both present and missing—have played in shaping the identity of the West.

“Focal Points” invites viewers to recalibrate their understandings of what they think they know about the past, present and future of the United States.